Why in the cold season are sick more often 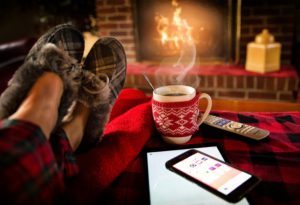 According to statistics, the maximum incidence of ARI is observed in the period from September to April, which is usually associated with cooling. This causes many fear of cold, draughts, etc. And of course, it forms in the head of the connection "Frozen-will definitely wake up tomorrow with snot and sore throat." How true is this assumption?

To begin with, remember that many viruses do not withstand the temperature difference, and therefore they die in the frost (as, however, and in the heat). Therefore in winter air (if to speak about regions with really cold winter) viruses not more, and probably even less, than in summer.

However, low temperatures affect not only the number of viruses. Currently there are studies proving that our immune system in the frost is also less effective at performing its protective functions, allowing viruses to penetrate the nose more easily by oppressing the antiviral immune response. This conclusion was made by American scientists who compared the immune response of cells taken from the respiratory tract in mice to the introduction of Rhinovirus (the most common viruses that cause SARS) at different temperatures. Although the study used baby cells, scientists suggest that the results are fully relevant to people of all ages.

In this paragraph the speech will go not just about the effect on the body of low temperature, namely, its sharp decrease, hypothermia, which can be common (long-term impact of the cold on the body as a whole) or local, local (mainly associated with the throat or feet).

As a result of hypothermia there is a spasm of vessels and the blood supply to the mucous membrane of respiratory tract is broken. As a result, there is a decrease in the concentration of protective substances, decreased activity of resnitchatogo epithelium, violation of physical and chemical characteristics of mucus, preventing the development of viruses and bacteria.

It has long been known that among the inhabitants of the respiratory tract of any healthy person can be found, including various opportunistic microorganisms (streptococci, gemofilnye and intestinal sticks, staph, etc.). At full functioning the system of local immunity does not give such bacteria to multiply and to show the pathogenic properties. However, as a result of hypothermia, the local immunity may fail, which the conditionally pathogenic flora will gladly use. Thus, a sharp drop in temperature can lead to the development of not only SARS, but also bacterial infection.

It should be noted that each organism has its own "norms" of hypothermia: someone enough to drink cold lemonade or lick a couple of times ice cream in the fine summer day, and someone needs to spend all day in the frost. In order that the body is better tolerated sharp temperature drops just and recommended hardening-the formation of the body's resistance to episodic cold effects.

Hypothermia should not be considered a feature of the cold season. Cool in summer from the effects of air conditioner, fan, cold lemonade, ice cream, etc. Also quite real. However, abrupt change of summer heat on winter frosts can become additional stress for immune system.

Finding yourself in a closed space

This is, perhaps, a typical reason for the increase in the number of SARS in the cold season. On the street is slush and cold, which, as a rule, do not cause a special desire for walks. As a result, we spend most of our time in enclosed areas where the concentration of viruses is actually increased (especially in public places). In addition, due to the dry air caused by central heating, mucous membranes of the nose dry, which does not allow them to fully perform their function of the first protective barrier on the way of viruses and bacteria.

In the fall many return from vacations, bringing from other regions and countries not only pleasant memories, but also untypical for our places viruses which can cause increase in number of SARS.

Thus, it is not necessary to be afraid of cold-better, on the contrary, to prepare for it gradually. To survive the autumn-spring period with a minimum of illnesses can help hardening, adequate clothes, presence in the fresh air as far as possible, regular airing and humidifying of premises, and also other measures of prevention of SARS.