Features of SARS in children 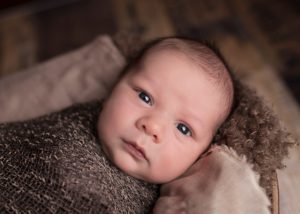 In the article "Symptoms (signs) of ARVI" it was already mentioned that the symptoms of ARVI can have some features related to the age of the patient. Especially it concerns children.

Infants, regardless of the severity of the disease, usually have fever (temperature above 38 degrees), rhinitis, anxiety, difficulty in feeding and falling asleep.

The presence of fever is due to the fact that the immune system is still immature, and therefore reacts to everything aggressively enough. However, as a rule, high temperature does not affect the overall condition of the baby as much as in adulthood. Often it is difficult to distract from the knowledge of the world even with a temperature of 38, although everything is individual.

Rhinitis also has features. The baby can have clear, yellow or green discharge from the nose, but very often the mother learns of the rhinitis only by the characteristic grunting sound. Due to the fact that the babies spend most of their time lying down, have narrow nasal passages, and also do not know how to blow their nose, in most cases they have a posterior rhinitis, in which mucus accumulates in the posterior part of the nose and drains along the back wall into the pharynx. This runny nose is often accompanied by a cough caused by this very draining mucus. Sometimes even vomiting is possible. In connection with the fact that the main food of children up to the year are breast milk or a mixture that are extracted by sucking, the process of food intake turns into torture.

Since all the organs are close enough to each other, and the nasal passages and the Eustachian tube differ in narrowness, from 5 to 15 percent of children with ARVI have middle ear infections (otitis). In most cases, the otitis virus is passed by itself for 2-3 days. In this case, pain in both ears is often observed, such otitis begins almost simultaneously with signs of ARVI and is caused, as a rule, by the same virus. However, if a child's ear pains appear later in the illness, after improvement, on the one hand – this may be a sign of bacterial otitis, which should be considered as a complication after SARS, requiring consultation of a specialist with the appointment of appropriate treatment.

Inflammation of the larynx (laryngitis) in children can often be accompanied by a false croup, which is associated with the narrowness of the pharynx and loose submucosal tissue. In the inflammatory process, laryngeal edema may initially be observed, but in the process, dried mucus can also join the swelling, which ultimately makes it difficult for air to enter the lungs. In this case, the child's voice becomes hoarse, it is difficult to breathe, there is a barking paroxysmal cough. In order to prevent the development of false croup, it is necessary to provide the child with an abundant drink and normalize the air parameters, which will help to avoid mucus drying. If the croup still developed – you should immediately call an ambulance. In severe cases, for the removal of edema, ambulance doctors can inject a dose of corticosteroids (prednisolone, dexamethasone) or hospitalize the child in case of deterioration.

It should be noted one more feature: babies do not know how to cough up the accumulated mucus. Very often I hear stories about how, after taking mucolytics, the baby has turned blue, having choked on a piece of one's own sputum, so do not give such drugs to infants.

Inability to blow your nose and cough, as well as narrowness of nasal passages, larynx, etc. often lead to the fact that residual effects after ARI (runny nose and cough) can stay with children for a very long time (up to a month). For the same reasons, children are more likely to have bacterial complications, since dry mucus stuck in narrow courses becomes an excellent food for pathogenic bacteria. Accordingly, if the child's nasal congestion is held for 14 days – there is a possibility of bacterial infection of the maxillary sinuses, if the child develops a fever after the first three days of the illness, there is a cough and rapid breathing – there is a chance of bacterial pneumonia, etc. It is necessary to remember: if on the fourth day of the disease there is no improvement – we hand over the tests urgently and consult with the specialist.